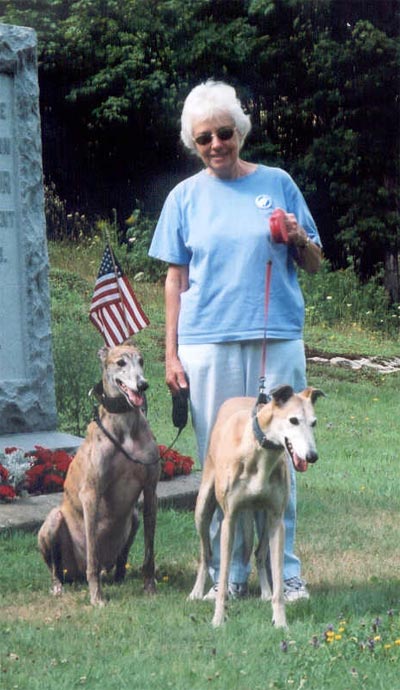 Paula with Angie and Gracie

Gracie's story is a little unusual. She was a two-family dog.

In 1999, she was adopted by Jules and Des Pieri and their three sons in Lexington, Massachusetts. Two years later, the Pieris' work sent them to Ireland, but they could not take Gracie with them. In desperation, they posted a notice at a local park, asking if anyone would take care of their dear friend. My husband Byron and I had just adopted our first greyhound, Angie, and thought it would be fun to have two. So Gracie came to live with us "just for a while."

As it turned out, the Pieris were away for almost four years! Sweet Gracie became a member of our family and we truly loved her as our own. She was a weekly visitor to the GREY2K USA office, where she played tag with Carey and shared everyone's lunch. Gracie also modeled for the organization's first bumper stickers and postage stamps and was a real member of the original team.

Once the Pieris returned, Gracie continued to spend weekdays and Saturdays at our house, and also vacationed with us in Vermont. She traveled to Maine with the Pieris, so this lucky girl would hike in the mountains and run on the beach every summer.

Gracie had two families who adored her, plus a big circle of admiring friends. The "Gracie Club" has been created in her honor and in hopes of giving all greyhounds the second chance they deserve.

Other ways to give 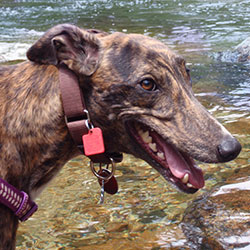 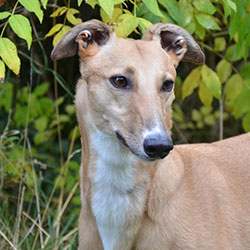 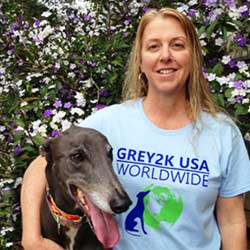 Stay up to date and learn how you can help.